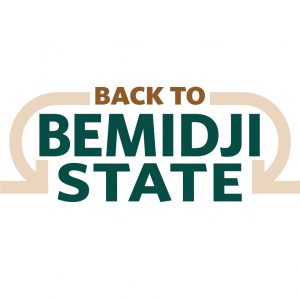 THANK YOU to all who helped to make BSU Alumni & Foundation’s first-ever campus-wide Day of Giving a resounding success. In all, 438 donors from 19 states collectively raised $101,714 to support BSU students.

The April 4 event, called “Back to Bemidji State,” saw the university’s supporters contribute to student scholarships, emergency financial support, athletics, the American Indian Resource Center or other funds of their choosing. The campaign’s 24-hour, $100,000 fundraising goal celebrated BSU’s centennial year and the impact BSU alumni, faculty, staff and supporters have had on the university during the past 100 years. Donors were able to make their gifts online, via text message or by phone, and several local restaurants donated a portion of their proceeds to the campaign during the days leading up to the Day of Giving.