University in the Pines

From the day of founding in 1919 to today, Bemidj State has been developing a number of traditions that resonate throughout campus and our community. Here are a few long-living and cherished traditions. 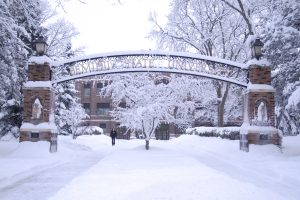 One of the school traditions adopted in 1920 was the school colors of green and white. An assembly hour had been set aside for the selection of colors, and after initial balloting resulted in a deadlock, a student named Cyrillus Freeman arose from her seat and said, “As we sat here discussing the question, I happened to glance out the window. The sight that met my eyes was fresh green pines silhouetted against pure white snow. What could be more appropriate than green and white.” On the first round of balloting, Miss Freeman’s choice of colors had received one vote, but after her remarks, according to the report, her idea “was immediately accepted unanimously. 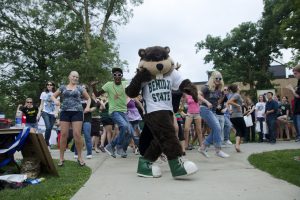 Athletics interested Bemidji State’s first president, Dr. Manford Deputy, who often went to watch practice. It was he who named the Beaver as the Bemidji State mascot. Reportedly, at a practice in 1932 he called one of the football squads into a huddle and christened them as Beavers as the animal symbolizes hard work and endurance. 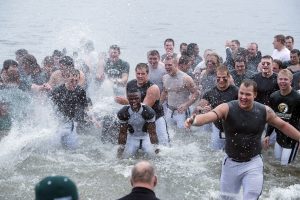 There’s nothing like a Bemidji State homecoming! Enjoy a full week of campus, community, and alumni events leading up to the big game. If the BSU Beavers win the homecoming football game, the team will jump into Lake Bemidji with the BSU President. 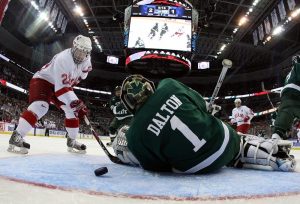 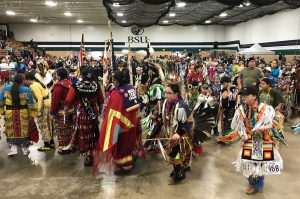 Each year the Council of Indian Students hold a campus and community wide pow wow to promote the unique and beautiful history, traditions, and culture of American Indians at Bemidji State University. 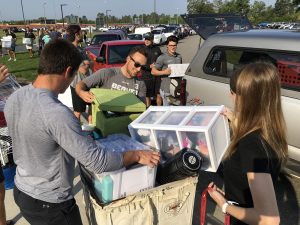 Kick off the first week of each semester with student organizations and the Hobson Memorial Union as we enjoy a fun
social each evening. Win prizes, meet friends, and hear about upcoming activities for the semester. 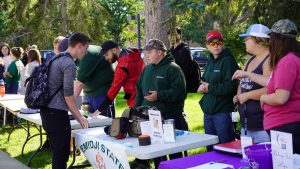 Lovingly known to BSU students as “the BOB”, the Beaver Organization Bash is held within the first few weeks of the academic year as an opportunity for you to meet student clubs and organizations and student services. Enjoy a picnic dinner and don’t miss out on your opportunity to get involved in campus life!