The partnership was formalized at a signing ceremony in East Grand Forks.

The co-location program, the fourth to be opened by BSU’s Bemidji School of Nursing, will offer registered nurses a combination of on-campus and online courses which will allow them to pursue bachelor’s degrees. 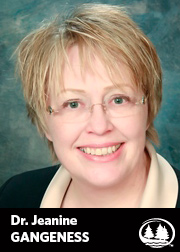 “There has been a big change in the priority of hiring baccalaureate-prepared nurses,” said Dr. Jeanine Gangeness, founding dean of the Bemidji School of Nursing. “If health care facilities are unable to hire nurses with a bachelor’s degree in hand, then they’re hired with an agreement that the degree will be completed within two to three years.

“Nurses are increasingly encouraged to expand their educations, because that’s the direction that health care facility managers want their practices to go,” she said. “We’ve seen significant changes in hiring practice in the Twin Cities and that’s starting to move into this area as well.”

Students will study on campus at Northland College for three weeks during the semester, and online during alternate weeks. The program will feature full- and part-time enrollment options with block scheduling on Fridays. Clinical experiences will be arranged at a variety of sites, with the goal of having these sites as close to a student’s home as possible. 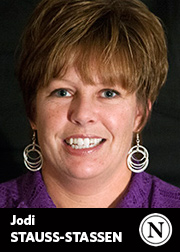 “BSU’s nursing program does a great job of preparing graduates who are ready to excel in an ever-changing health care environment,” said Jodi Stauss-Stassen, dean of allied health and nursing at Northland. “Many of our nursing graduates want to obtain a bachelor’s degree; having BSU offer classes on our campus will be a wonderful benefit. The blended format is attractive and allows students to continue working as a nurse while completing their degree.”

Enrollment in the program will be capped at 40 students. BSU’s nursing colocation programs fill to capacity quickly, so interested students are highly encouraged to enroll as early as possible. Interested students can apply online.

With the expansion to East Grand Forks, the Bemidji School of Nursing now offers co-located bachelor’s degree-completion programs in four communities outside of Bemidji. The program is also available at Anoka-Ramsey Community and Technical College in Cambridge, Minn.; at Lake Superior College in Duluth, Minn.; and at Century College in White Bear Lake, Minn.

“We already have a larger waiting list in our Bemidji cohort than in any of our other RN-to-BSN cohorts, which is unprecedented,” Gangeness said. “With the addition of this group in East Grand Forks, we’ll be able to meet the needs of nurses who want to be students in the RN-to-BSN program closer to their own homes.”

Bemidji State University and Northland Community and Technical College, which has campuses in both East Grand Forks and Thief River Falls, Minn., are part of the Minnesota State Colleges and Universities system. The system comprises 32 institutions, including seven state universities and 25 two-year colleges and is the largest single provider of higher education in the state of Minnesota.