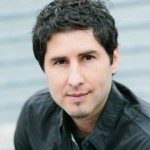 Matt de la Peña has written five critically-acclaimed young adult novels, including “Ball Don’t Lie,” “Mexican WhiteBoy,” “We Were Here, I Will Save You” and “The Living,” as well as the award-winning picture book “A Nation’s Hope: The story of Boxing Legend Joe Louis.” Currently living in Brooklyn, N.Y., de la Peña teaches creative writing and frequently visits high schools and colleges across the country. He earned his bachelor’s degree from the University of the Pacific, which he attended on a basketball scholarship, and has a master of fine arts in creative writing from San Diego State University. 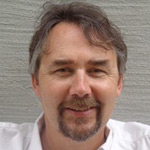 David Gessner
David Gessner has written nine books, including the forthcoming “All the Wild That Remains: Edward Abbey, Wallace Stegner and the American West” and “The Tarball Chronicles,” which won the 2012 Reed Award for Best Book on the Southern Environment and the Association for Study of Literature and the Environment’s award for best book of creative writing in 2011 and 2012.

He taught environmental writing as a Briggs-Copeland Lecturer at Harvard, and is currently a professor at the University of North Carolina at Wilmington, where he founded the award-winning literary journal of place, “Ecotone.”

Other conference faculty
This year’s Distinguished Visiting Writer is Mark Doty, who won a 2008 National Book Award for Poetry for “Fire to Fire: New and Selected Poems.” He has published eight books of poetry and four volumes of nonfiction prose, including the New York Times bestseller “Dog Years.” He also published “The Art of Description,” a handbook for writers, in 2011.

Doty’s work has been honored by the National Book Critics Circle Award, the Los Angeles Times Book Prize, a Whiting Writers Award, two Lambda Literary Awards and the PEN/Martha Albrand Award for First Nonfiction. He is the only American poet to have received the United Kingdom’s T.S. Eliot Prize.

Doty lives in New York City and on the east end of Long Island. He is director of Writers House and a professor of English at Rutgers University.

Aimee Nezhukumatathil is leading the conference’s poetry workshop. She is a professor of English at State University of New York-Fredonia, where she teaches creative writing and environmental literature.

Tayari Jones is leading the conference’s fiction workshop. She is an associate professor of English and teaches in the master of fine arts program in creative writing at Rutgers University’s Newark College of Arts and Sciences.