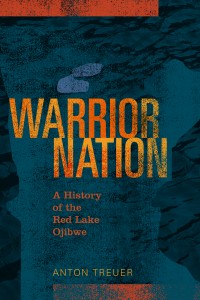 The book documents four centuries of the Red Lake Nation’s history through stories carried by its people. Home to the largest number of Ojibwe-speaking people in Minnesota, Red Lake developed the first modern indigenous democratic governance system in the United States, decades before any other tribe.

It is Treuer’s fourth book published by the Minnesota Historical Society and his 14th overall.