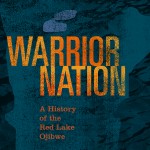 Treuer conducted oral histories with elders across the Red Lake reservation, learning the stories carried by the people. For the book, the Red Lake band for the first time made available its archival collections, including the personal papers of Peter Graves, a political strategist and tribal leader for the first half of the 20th century, which tell a story about the negotiations over reservation boundaries.

“Most of what Americans hear about native stories are stories from before 1900, and stories of loss with tragic endings,” Treuer said. “We get a snippet of Christopher Columbus or Thanksgiving or the ‘last of the blank,’ whatever tribe we happen to be talking about, and when you look at Red Lake – here they are, in spite of 500 years, with a living language and a progressive and strong tribal government with dynamic leaders.”

“Red Lake has been quite dynamic and realizing you cannot go backward in time,” Treuer said. “There’s only a way forward, and they’ve been finding the ways. The Red Lake story is fascinating and important in its own right.”

The contest defines”Colorado or Western American History” as being geographically inclusive of the trans-Mississippi West, from prehistoric times to the present. This includes all states west of the Mississippi River, Alaska, Hawaii and the Canadian and Mexican borderlands.

In defining the term “best book,” the staff of the Western History and Genealogy Department considers books that make significant contribution to historical knowledge, that present thorough and original research, that bring a new perspective to some well-known question and that are of a high literary quality. The winner is selected by employees of the Western History and Genealogy Department and the Blair-Caldwell African American Research Library. The winning book collects a $1,000 prize; honor books may be named but will not receive a monetary prize.

“Warrior Nation” won the Award of Merit from the American Association for State and Local History in June, and was a finalist for Minnesota Book Award and the Hogander Book Award.

About the Red Lake Nation

Unlike every other reservation in Minnesota, Red Lake holds its land in common—and, consequently, the tribe retains its entire reservation land base. The people of Red Lake developed the first modern indigenous democratic governance system in the United States, decades before any other tribe, but they also maintained their system of hereditary chiefs. The tribe never surrendered to state jurisdiction over crimes committed on its reservation. The reservation is also home to the highest number of Ojibwe-speaking people in the state. 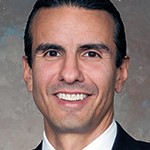 Dr. Anton Treuer (pronounced troy-er) is a professor of languages and indigenous studies at Bemidji State University and author of 14 books. His education, equity and cultural work have put him on a path of service throughout the region, the country and the world.

Treuer has presented all over the U.S. and Canada and in several foreign countries on his book, “Everything You Wanted to Know About Indians But Were Afraid to Ask,” cultural competence and equity, strategies for addressing the achievement gap, and tribal sovereignty, history, language and culture.

Treuer has a bachelor’s degree from Princeton University and has master’s and doctoral degrees from the University of Minnesota. He is editor of the Oshkaabewis (pronounced o-shkaah-bay-wis) Native Journal, the only academic journal of the Ojibwe language.