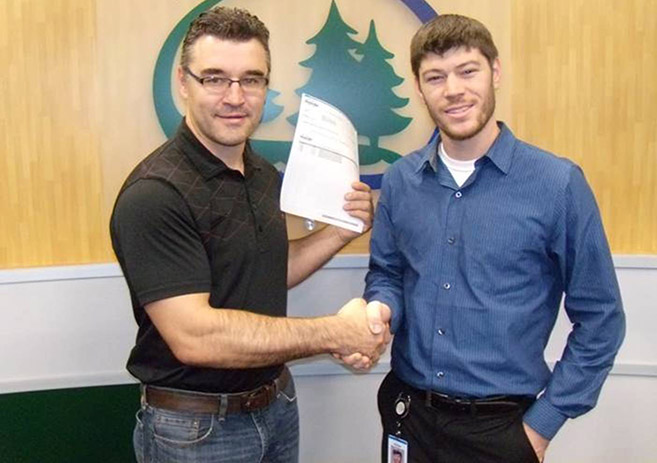 Through a series of energy-efficient lighting projects on campus, Bemidji State University has received a rebate of more than $18,000 through Otter Tail Power Company’s Conservation Improvement Program.

“Our campus works very hard at being environmentally responsible,” said Travis Barnes, interim physical plant manager at Bemidji State. “We continue to look at different ways to be more sustainable and operate more efficiently, and our partnership with Otter Tail Power gives us access to money-saving programs and incentives. We can lower our energy bills and see a return on our investments.”

Roger Garton, an energy management representative for Otter Tail Power Company, said BSU’s projects saved a cumulative total of 29,103 watts of lighting load, and that BSU’s rebate was based on the reduced wattage used by the new lighting as compared to previous lighting systems.

“It is great to see BSU continuing its dedication to energy conservation,” Garton said.

He added that BSU also received a rebate incentive for using motion detectors to reduce operation time of the new lighting in certain areas, and that in addition to the rebates BSU would benefit from a lower cost to operate the more efficient systems.