The annual festival features 11 high school jazz bands from across the region, including bands from Red Wing, Minn., and Winnipeg, Manitoba, Canada. Around 230 students are expected to attend workshops and clinics during the three-day festival. BSU faculty will also participate in the clinics, including adjunct instructor Greg Gaston and Dr. Patrick Riley, professor emeritus of music.

Workshops will begin Feb. 2 with open rehearsal and performances with guest artists. High school jazz bands will be playing in the morning and afternoon.

JazzFest’s Feb. 3 schedule features a performance by guest clinicians Corey Christiansen and Tia Fuller as part of the Bemidji Concert Series, along with workshops in the morning and afternoon.

The festival’s final day on Feb. 4 will feature the last of the workshops along with a final performance featuring Bemidji State’s Blue Ice jazz band, joined by Christiansen and Fuller.

All of the festival’s daytime events are free and open to the public. The evening concerts begin at 7:30 p.m. in the Main Theatre of the Bangsberg Fine Arts Complex and tickets will be sold at the door for $10. Students can purchase tickets for $5, and BSU and Northwest Technical College students are admitted free with a valid student ID. Both concerts are expected to sell out; persons interested in attending either of the evening performances are encouraged to purchase advance tickets at the BSU Department of Music. 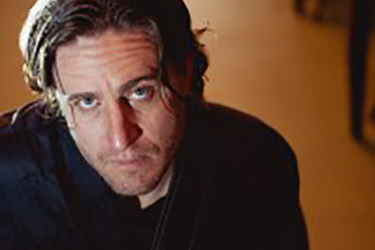 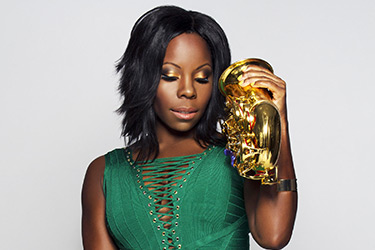 Tia Fuller is a professor at the Berklee School of Music and is a world-renowned saxophonist who has performed with some of the world’s biggest stars. She has toured with Beyoncé as part of an all-female band on the I Am Sasha Fierce and Beyoncé Experience tours, playing in venues across the United States and in Europe, Asia, Africa and Australia. She is a featured soloist on the Beyoncé Experience DVD (Me, Myself and I) and the I AM Yours DVD (Wynn Theatre) and has appeared on major television shows such as The Oprah Winfrey Show, the Today Show, Good Morning America, BET Awards, American Music Awards, Total Request Live and the 2010 Grammy Awards. She performed as the featured soloist with Beyoncé for President Obama at the White House.

Fuller has a bachelor’s degree in music from Superman College in Atlanta and a master’s degree in jazz pedagogy and performance from the University of Colorado. She has recorded three CDs with her quartet, including 2012’s “Angelic Warrior.”