Portrait of executive financial director standing at office while looking at camera and smiling.

Anderson’s presentation will begin at 7 p.m. on March 7 in the Gathering Place of BSU’s American Indian Resource Center. All Honors Council lectures are open to everyone free of charge.

BSU’s Honors Council Lecture Series provides a forum for faculty to share their expertise and the results of their research with the Bemidji community.

Anderson has been involved in teaching the Constitution since his time as a high school social studies teacher at Lincoln East High School in Lincoln, Neb. After attending a month-long seminar on the Constitution at UCLA’s Center for Civic Education, he became involved in the program, “We the People,” an annual national constitutional competition for high school students that he will judge for the 16th time in April.

Anderson said the search for balance in Constitutional interpretation requires that people be open to opposing viewpoints and be willing to engage in conversations about those viewpoints.

“There are some things missing in the American system right now that we need to recapture – and that’s the notion of civil discourse,” Anderson said. “It seems that we are in a time where if you don’t agree with me politically, that makes you a lesser person or a lesser citizen — and that’s just plain wrong.

“We should have civil discourse about it and we should listen to each other – even if we disagree,” he said. “Especially at a university — this is the academy. Ideas are supposed to clash and you’re supposed to make a case for your point of view.” 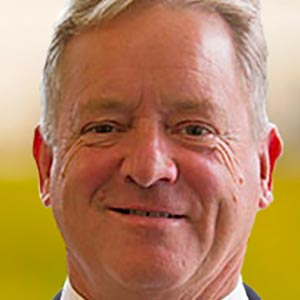 Anderson earned his bachelor’s, masters and doctoral degrees from the University of Nebraska-Lincoln.

The Honors Council Lecture Series is hosted by the Bemidji State University Honors Council, the advisory group to BSU’s honors program composed of 12 faculty members representing each of the university’s colleges. Student representatives are also elected to the council by their cohorts for one-year terms.