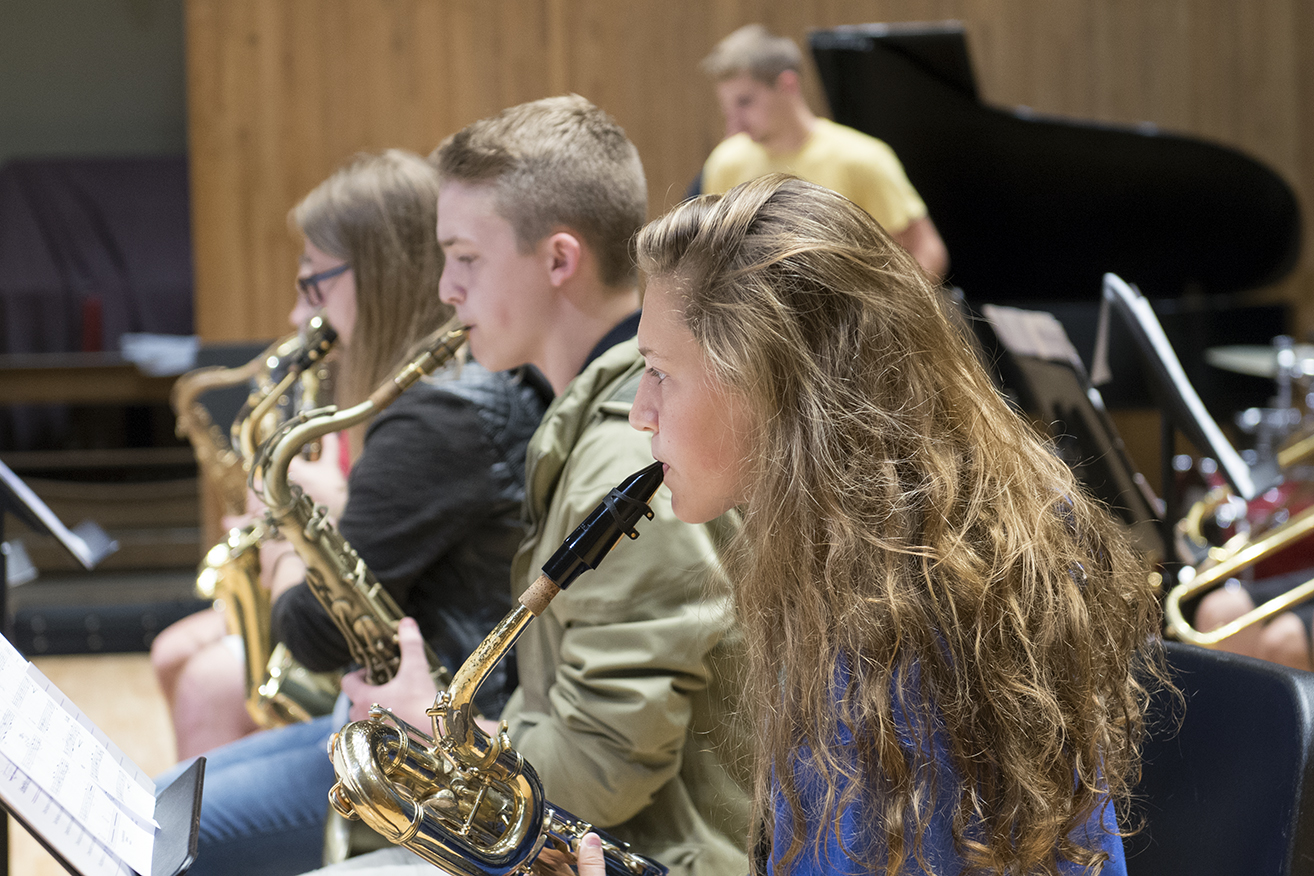 More than 325 music students ranging from fifth graders to recently graduated seniors are attending MusiCamp on the campus of Bemidji State University.

MusiCamp, which began in 1948 and is now one of the oldest music camps in the country, has been operated as an independent nonprofit organization since 2014. The camp draws participants from across Minnesota and neighboring states, with some international participants as well.

Traditionally a band-only camp, this year’s MusiCamp has expanded to offer both a band and choir camp. Campers can participate in both camps if they choose. Also making its debut this year is a band director’s workshop, and Sand expects 15-20 participants.

MusiCamp participants in both the Middle School Track and High School Track will perform a series of concerts late in the week. All concerts are open free to the public in the Beaux Arts Ballroom of BSU’s upper Hobson Memorial Union. Concerts will also be streamed live online—visit MusiCamp on Facebook for links.