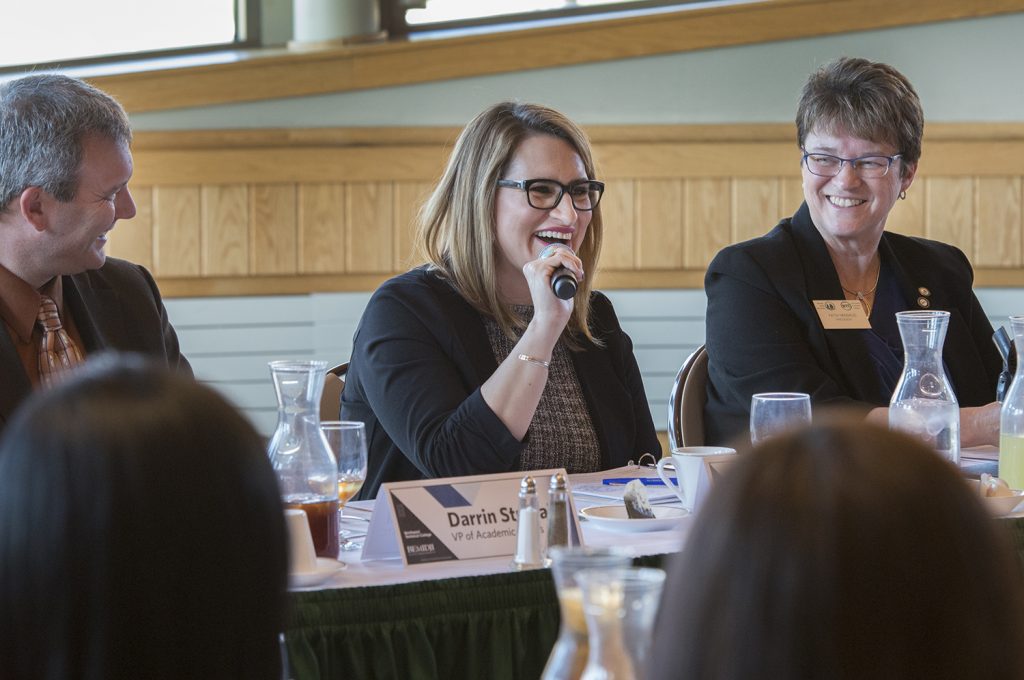 First presented by Bemidji State in 1981, the Distinguished Minnesotan award acknowledges the contributions of current or former residents of the state who have performed exemplary service to the people of Minnesota or the United States.

The Distinguished Minnesotan traditionally addresses graduating seniors at Bemidji State’s commencement ceremony, which will be held at a later date due to COVID-19.

To learn more about the university’s response to COVID-19 visit bemidjistate.edu/coronavirus.

Lt. Governor Flanagan is a 2002 graduate of the University of Minnesota, where she earned degrees in American Indian studies and child psychology. An advocate for Minnesota’s children, families and people of color, Flanagan began her career at Wellstone Action, an organization since renamed Re:power, dedicated to continuing the legacy of the late Senator Paul Wellstone’s inclusive politics. After her nearly decade-long employment at Wellstone Action, she was named the executive director of Children’s Defense Fund – Minnesota, a non-profit child-advocacy organization, where she continued her work to improve the lives of Minnesota’s families.

In 2015, Flanagan was elected to the Minnesota House of Representatives for the communities of St. Louis Park, Golden Valley, Plymouth and Medicine Lake. During this time, Flanagan served as the DFL lead on the Child Care Access and Affordability subcommittee and co-founded the People of Color and Indigenous caucus with fellow DFL legislators. The caucus looks to improve the education, health and economic opportunities for people of color and indigenous communities across the state and continues to be a legislative priority to this day.

In October, Flanagan visited the Bemidji State University campus for a conversation with American Indian students about everyday challenges including child care, support for single parents and bringing Indigenous students and history to the forefront of Minnesota State education curriculum.

A member of the White Earth Band of Ojibwe, Flanagan praised the accomplishments of American Indian students and reflected on her own time and struggles as an undergraduate student.