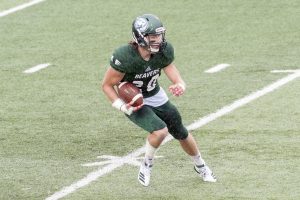 Defensive back Michael Junker wrapped up his collegiate athletic career as the first player in Beaver Football history to earn All-America honors from five organizations in the same season. The senior from Hastings led the NSIC and ranked fourth nationally with eight interceptions in 2019, two of which he returned for touchdowns, and he led the nation with 272 interception-return yards. In January, he was named Second-Team All-America by Don Hansen, giving him a BSU-record five All-America awards for the year. He was also recognized by the Associated Press, American Football Coaches Association, D2Football.com and the Division 2 Conference Commissioner’s Association. Junker finished his career ranked second all-time at BSU in interceptions with 17, and as BSU’s all-time leader with 378 interception return yards.

Tia Neuharth, a defender for the BSU soccer team, was named to the United Soccer Coaches NCAA Division II Scholar All-America Third Team, which recognizes elite soccer players who carry GPAs of 3.30 or higher. Neuharth anchored a BSU defensive unit which posted seven shutouts in 2019
and allowed just eight goals during BSU’s entire 15-game NSIC schedule. The senior from Prior Lake was a three-time All-NSIC selection and capped her final year at BSU as a first-team United Soccer Coaches All-Central Region honoree.

Led by sophomore Ryne Prigge, the BSU cross country team was recognized for its continued excellence in the classroom. The U.S. Track & Field and Cross Country Coaches Association bestowed academic honors on Prigge as an individual and for the entire team, which finished the Fall 2019 semester with a cumulative team GPA of 3.73. Prigge, a nursing major from Ely, led BSU in each of its five meets in 2019, including a 47th-place finish at the Central Regional meet after a personal-best time in the 6,000-meter run. Academic honors were awarded to runners who finished among the top 30 percent of racers at the regional championship and carried a cumulative GPA of at least 3.25. 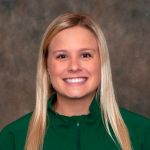 Defensive specialist Emma Hallmann finished her 112-match BSU volleyball career with 1,429 digs, second-most in program history. The senior from Muskego, Wisconsin, led the team with 403 digs in 2019 and was co-captain for a Beaver Volleyball team that finished the season with its most wins since 2010. 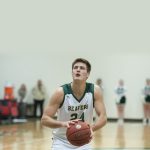 Logan Bader, a senior from Milltown, Wisconsin, became just the fifth player in BSU men’s basketball history to score 1,000 points and grab 600 rebounds in a career with an 11-point, seven-rebound night at Concordia-St. Paul on Feb. 7. A four-year starter, the 6-foot-7 forward already is BSU’s all-time leader in three-point field goals and is in the program’s top five all time in rebounds. 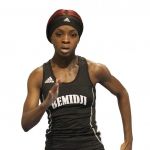 During the indoor season, BSU Track & Field has seen individual school records fall in the 60m dash, the 800m run, the one-mile run and the weight throw. Twice this year, sprinter Venice Stewart, a junior from Palm Beach Gardens, Florida, has broken her own BSU record in the 60m dash, her fastest time clocking 7.60 seconds. In January, middle-distance runner Ryne Prigge broke a school record in the 800m run which had stood since 2012 with a time of 2:18.04. In a February meet in Grand Forks, North Dakota, Kristen Petron, a senior from Rice, ran BSU’s fastest-ever time in the mile at 5:17.65. Finally, Zoe Christensen shattered an 11-year-old record in the weight throw, with her toss of 58 feet, 8.5 inches besting the previous record by more than a foot. 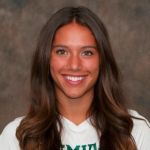 Emily Kos, a defender on the BSU soccer team from Coon Rapids, and Gunnar Feldhege, a football defensive back from Cold Spring, were named to the College Division Academic All-District First Team in their sports by the College Sports Information Directors of America.

Kos is a double-major in psychology and Spanish with a 3.94 GPA. She finished her BSU soccer career as a three-time Academic All-NSIC honoree and an NSIC All-Academic Team of Excellence recipient, and was also named second-team all-central region by the United Soccer Coaches in 2018.

Feldhege, a wildlife biology major with a 3.85 GPA, led the Beavers with 68 tackles in 2019 en route to Second-Team All-NSIC honors.