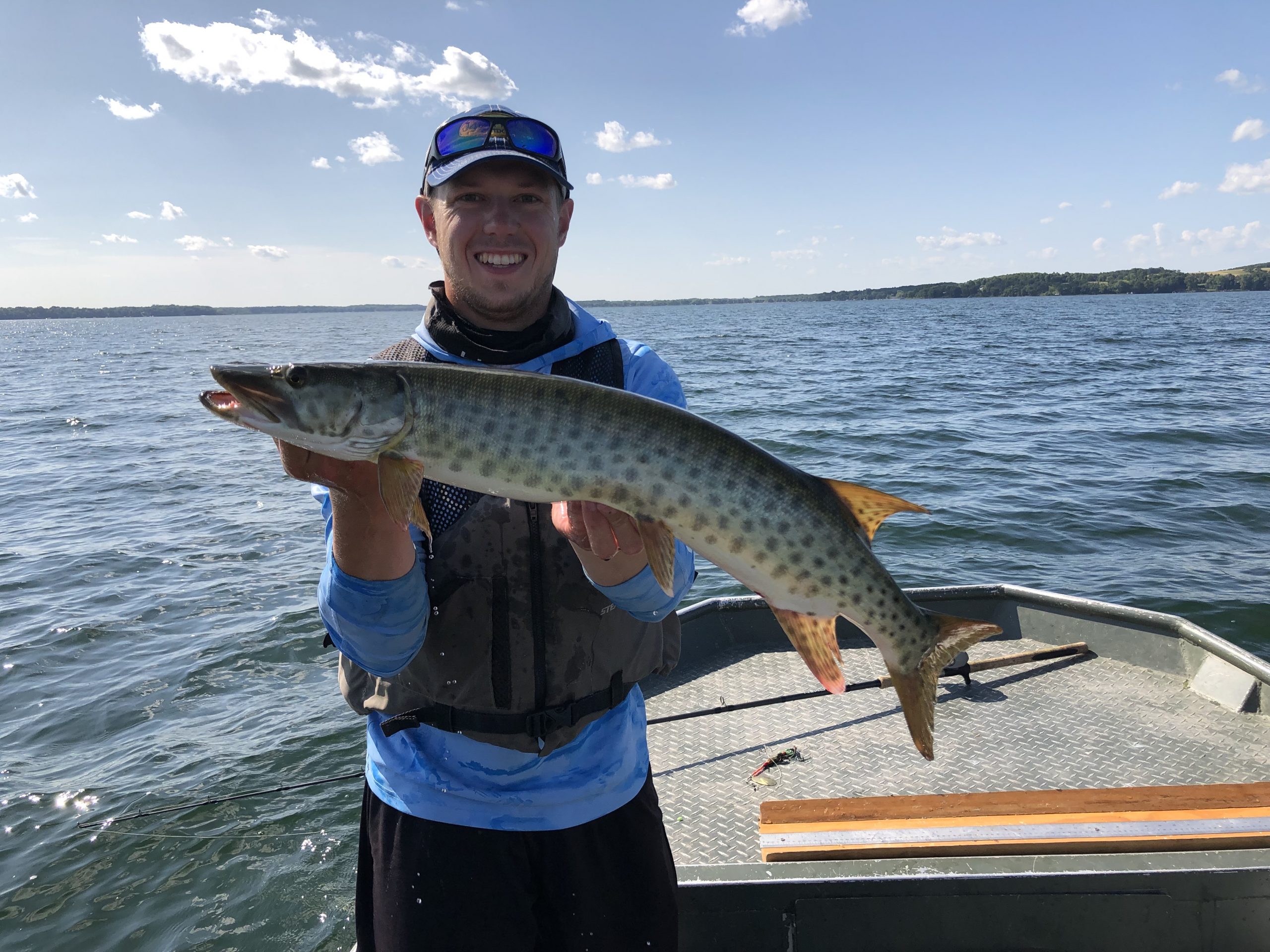 For graduate student Kamden Glade, Bemidji State University is a place that brings back fond memories of being outdoors and spending time on the lake. In addition to the nostalgia brought on by the shores of Lake Bemidji, Glade has found inspiration from another familiar figure in his life: fish.

“I went fishing a lot in my younger years,” Glade, originally from Sioux Center, Iowa, said. “I’d go on these fishing trips with my family around Minnesota and I’d always tried to catch something new.”

Like many kids growing up in the midwest, Glade developed an appreciation for the sport. It was not only a source of exploration, but also a way to spend time with friends and family.

Now an experienced fisherman, Glade has combined his love for the sport with his interest in research by working alongside the Minnesota Department of National Resources to better understand the impact muskellunge, Northern pike, walleye and largemouth bass have on their freshwater companions and ecosystems. With the notorious muskie – a large, freshwater predator – taking center stage, Glade is taking on a challenging and exciting study.

“As an apex predator with sharp teeth and quick thinking, they can be intimidating to study,” he said. 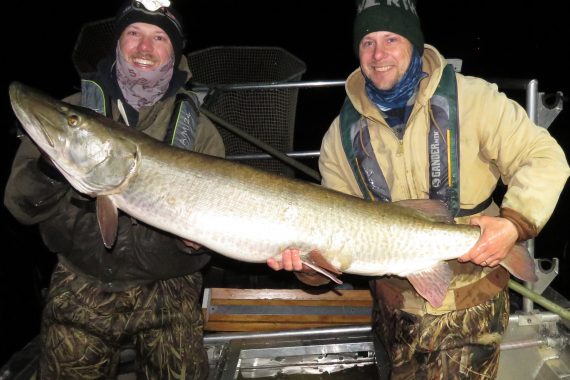 Glade began studying the diet of fish as an undergraduate student when he was completing a research internship in Michigan. During this internship he examined the diet of various fish within Michigan’s lake and creek systems, and though the research differed from what he is doing now, it lends insight and experience to his work throughout the northern Minnesota region.

Many of the lakes in Minnesota are stocked with fish, Glade says. By studying the diet of muskellunge, Glade is hoping learn more about the lives and populations of the fish that coexist with the predators. Specifically, how muskies might impact the food supply and overall presence of other fish within the lakes they inhabit.

Glade collects his data at night, using electromagnetic generators. Unlike the traditional lure and hook method of fishing, electromagnetic fishing is conducted using a hands-off approach. Generators create currents in the water that encourage muskies to swim towards a boat, rather than wriggle away. This simplifies the catch and release process.

After luring a muskellunge to the boat, Glade and his team use a tube to extract and collect the contents of the muskie’s stomach to further study its consumption and patterns. The fish is then set free.

On track to graduate December 2021, Glade hopes to continue his work in the future.

“I think I can apply what I’ve learned as an undergrad and a grad student to many different fields,” he said. “But I’ve learned a lot from this study, and I hope to continue it into the future.”

Bemidji State University, located amid the lakes and forests of northern Minnesota, occupies a wooded campus along the shore of Lake Bemidji. Enrolling around 5,000 students, Bemidji State offers 70 undergraduate areas of study and eight graduate degrees encompassing arts, sciences and select pre-professional programs. At Bemidji State University, we educate people to lead inspired lives. BSU’s Shared Fundamental Values include civic engagement and leadership, international and multicultural understanding, belief in the power of liberal arts, and environmental stewardship. BSU is a Minnesota State university. For more, visit bemidjistate.edu or find us at BemidjiState on your favorite social media networks.