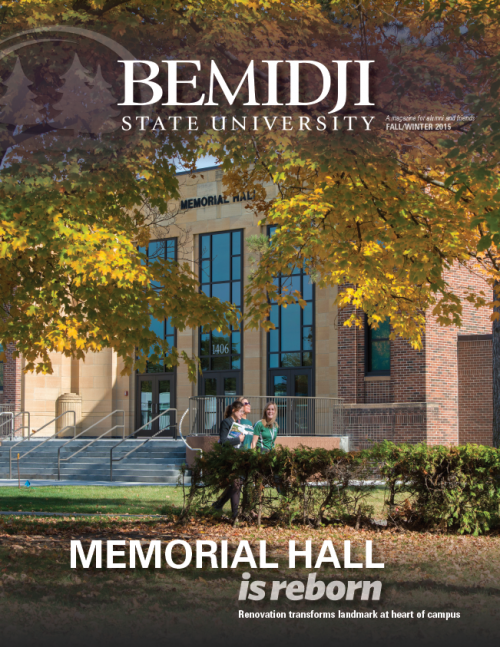 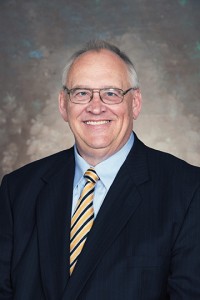 Whether as students or employees, our direct connection to Bemidji State University is inevitably finite. Freshmen become graduates, and so it goes. Since 1919, many generations of arrivals and departures have made us into an innovative source of education for students from around the world. As you may know, I have reluctantly decided to retire next summer after six years in the best job I’ve ever had. My wife, Dianne, and I won’t say farewell quite yet because there is much to do over the next six months, as always.

Naming an end date to a role I have so proudly fulfilled makes me even more appreciative of all we have and will accomplish together as stewards of Bemidji State. Nowhere is that more evident than in the ongoing Imagine Tomorrow fundraising campaign, which recently surpassed its initial goal and is now in uncharted territory. I cannot adequately thank all of you who are a part of this great cause. Already the campaign has allowed us to double our donor-funded scholarships to students.

Each issue of this magazine describes another chapter in the journey of Bemidji State. The stories chronicle the commitment and contributions of individuals who carry us ever onward. I think, for example, of the Bemidji-area legislators and other leaders who helped secure funding to transform venerable Memorial Hall into a state-of-the-art showplace. In every edition we never fail to highlight students’ accomplishments, and this time we present six whose lives were changed by scholarships they received. We share engaging photographs of campus happenings, including one of BSU’s most memorable Homecoming celebrations. And of course, no publication would be complete without personal updates from scores of alumni who keep in touch because they value their lifelong association with the university.

For now, I still get to say, “See you next time” – hopefully on campus for Homecoming in October as we celebrate the success of Imagine Tomorrow, or maybe at one of our Arizona gatherings in early March. Thank you for being part of the BSU family!

Memorial Hall is the New Heart of BSU’s Campus

Opened in August as the new home for the business administration and accounting programs and officially unveiled at Homecoming, Bemidji State University’s remodeled Memorial Hall is a new star attraction.

Naming Gifts Will Raise the Bar for Business

Renovation of Memorial Hall has opened a door of opportunity to donors who wish to support the College of Business, Technology and Communication through naming gifts for the building’s many rooms and features.

Indications are that an original $35 million goal for Bemidji State University’s Imagine Tomorrow campaign wasn’t quite a swing for the fences, to borrow an old baseball metaphor. In retrospect, the target that once loomed so large now looks more like a solid triple than a home run. Fortunately, the game is far from over.

• Imagine Tomorrow: How you can get involved

For the third straight year, the BSU Foundation invited merit and need-based scholarship recipients, their families and scholarship donors to a Scholarship Appreciation Breakfast. The gathering, held this year on Sept. 19 in the BSU Gymnasium, has quickly become a major event on the fall calendar.

Hanson to Retire in June

A nationwide search is underway to choose a successor for Dr. Richard A. Hanson, who in August announced he will conclude six years as president of Bemidji State University and Northwest Technical College when he retires in June.

Bemidji State women’s basketball began a new era when it took to the court for its 2015-16 opener Nov. 14. In June, Director of Athletics Tracy Dill announced Chelsea DeVille as the 10th coach in the history of the program.

The June 2015 retirement of long-time Head Coach Craig Hougen left a hole in the Bemidji State track and field and cross country programs, but new Head Coach Kevin Kean has jumped in with a desire to lead his teams to conference and national prominence.

When BSU Runs in the Family

Like dozens of others who have made Bemidji State University a family tradition, Amayah Littlewolf begins classes in the spring of 2016 as a third-generation BSU student. She follows in the footsteps of her mother, Wenona Kingbird, and her grandmother, Gail Kingbird, both of whom earned bachelor’s degrees at BSU.

Mark Ploen was trained to draw straight lines, but you certainly can’t track his career path on one. His route from technical illustration and commercial design student to international oil spill cleanup and containment expert is more of an upward spiral.

More than 300 people gathered Oct. 2 for BSU’s 2015 Homecoming Honors Gala in the Sanford Center ballroom. The event was the third since the public launch of the Imagine Tomorrow fundraising campaign and included recognition of donors who have newly become members of giving societies based on their total lifetime giving or planned gifts.

Bountiful activities and beautiful weather combined for a memorable Homecoming weekend that kicked off Friday, Oct. 2, with the grand reopening of Memorial Hall.

Completion of the new Laurel House, a completely rebuilt facility that is home to four honors program students, and a rare opportunity to spend time with a former resident of the White House highlight the latest BSU News.

A nursing presentation in New Zealand, a new book exploring how our connection to nature helps define our identity, a film focusing on the life of Greek musician Markos Vamvakaris and a book exploring the ways businesses can increase profitability by being more human-centered highlight this issue’s BSU Faculty Achievements.

BSU alumni Brett Bahr and Adrian Dunn join BSU Alumni & Foundation in leadership roles, the alumni and foundation boards gain new members, and nominations are now being accepted for several awards programs to recognize alumni for their contributions to the university.

Look back at Family Weekend, special presentations in a number of classrooms, the debut of Bemidji State’s office in Bemidji’s new Mayflower Building and more in this issue’s Campus Happenings.

’15 John Frazier has been hired by Showcraft of Burnsville as an exhibit designer … Sam Windle has signed a contract to play with the Reading (Pa.) Royals of the East Coast Hockey League. …

To truly experience nature, landscape artist Thomas Paquette needs to feel a scene as much as see it. Only then is he confident of being able to present a “human sense of the earth.”

Some might consider 1997 BSU graduate Sarah Haugen and her husband, Trevor, perfectly nuts. And they would happily agree.

Monte Draper Reflects on Career Behind the Lens

Monte Draper likely spent more time at Bemidji State University events than any faculty member, coach, administrator or student. But as a photographer with the Bemidji Pioneer newspaper, the 1980 BSU graduate was rarely noticed on the sidelines, in the wings offstage or at a public meeting.

Spirit Buoys John Keaveny on Paddle to the Arctic

The trip’s website described the undertaking: six friends, nine months, five provinces, 11 rivers, 10 states, 5,200 miles, one continent. That added up to adventure for 2008 BSU alumnus John Keaveny, who with five others paddled canoes from the Mississippi River Delta to the Arctic Ocean. Starting on Jan. 2 in Buras, La., the trip […]

Leah Bowen called balls and strikes with 10,000 fans in the stands, a national TV audience watching on ESPN, and softball teams from Michigan and UCLA scrutinizing her every move. As an umpire at the 2015 NCAA Division I Women’s College World Series, the 2004 Bemidji State graduate still was conscious only of the game.

Life is Never Dull For a ‘Gal’ Like Millie Gjertson

When Millie (Kortuem) Gjertson ’45 visited Bemidji State in September after more than a decade away, her campus tour conjured more than classroom memories.

The Power of Decision

When you look around campus these days, you see incredible, exciting advances: the opening of the “new” Memorial Hall, home to our business and accounting programs; the innovation and academic achievements in our classrooms, labs and learning centers; and the awarding of almost $1.4 million in scholarships to our deserving students this year.