Bemidji State University is one of nine post-secondary institutions in the country to be honored with a 2017 U.S. Department of Education Green Ribbon Schools Postsecondary Sustainability award.

The honor places BSU among a group of 63 total honorees for 2017 — which includes 45 schools and nine school districts in addition to the post-secondary winners — being recognized this year for innovative efforts to reduce environmental impact and utility costs, improve health and wellness, and ensure effective sustainability education. 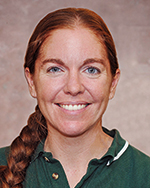 With its unique lakeside location in Minnesota’s north woods, Bemidji State University has long been a champion of environmental stewardship which, along with civic engagement and leadership, international and multicultural understanding and a belief in the power of the liberal arts, stands as one of its core fundamental values.

BSU is home to one of the nation’s oldest environmental studies programs. Students gain skills required to tackle important climate change-related problems, including specializations in ecosystems studies, environmental policy and planning, environmental toxicology, environmental management and geohydrology. All BSU students are required to take a course called People and the Environment, which teaches them not only about complex ecosystems but also about the social systems needed to address complex global problems. The course includes a service-learning component which gives students an opportunity to interact with the Bemidji community.

But while the university has built a framework for environmental education and engagement opportunities, leadership for BSU’s environmental initiatives has come from its students.

“At BSU, sustainability always has been student-driven and student-led,” Bailey-Johnson said. “BSU’s Students for the Environment club is engaged in sustainability issues both on campus and in the Bemidji community. Members of the campus community take pride in that.”

In its recognition of Bemidji State University as a Postsecondary Sustainability recipient, the U.S. Department of Education noted several specific sustainability initiatives at the university including:

“Our sustainability model, which includes a wellness component, is unique in Minnesota,” Bailey-Johnson said. “At BSU, our definition of ‘environment’ is all-encompassing and is based on the idea that we need the Earth — the Earth doesn’t need us.”

About the U.S. Department of Education Green Ribbon Schools awards

A total of 340 schools and 56 districts have been honored since the awards began in 2012. A post-secondary category was added in 2014, with 34 schools honored in that category.

The 2017 honorees were named from a pool of candidates nominated by 28 states and the Department of Defense Department of Education Activity. Honorees represent 39 public schools, including five magnet schools and one charter school, and six non-public schools. Forty-four percent of the 2017 honorees serve a disadvantaged student body and 14 percent are rural. The postsecondary honorees include three career and technical and community colleges.