A Brief History of Professional Education at BSU

In 1919, Bemidji State Normal School began its first regular school year with 38 students. The school was chartered by the Minnesota State Legislature in response to a growing need for public school teachers, and teacher training was its primary curriculum. Then, in a pattern familiar to rural American higher education, in 1921 Bemidji Normal School became Bemidji State Teachers College and offered a 4-year degree in Professional Education.

Fast Forward to the Present 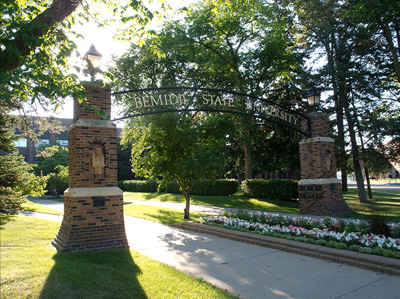 In 2011, the newly appointed President of the University, Dr. Richard Hanson recognized this transformation of the institution from Normal School to a regional comprehensive University and the importance of bringing a renewed vitality to the Professional Education department and to the Liberal Education program. The President proclaimed these programs to be the legacy programs that are among the essential priorities in the University’s Strategic Plan.